We think you are located in [country], would you like to change the currency? Discover our delivery conditions

Join our newsletter, and get 20% off your first purchase. Join us 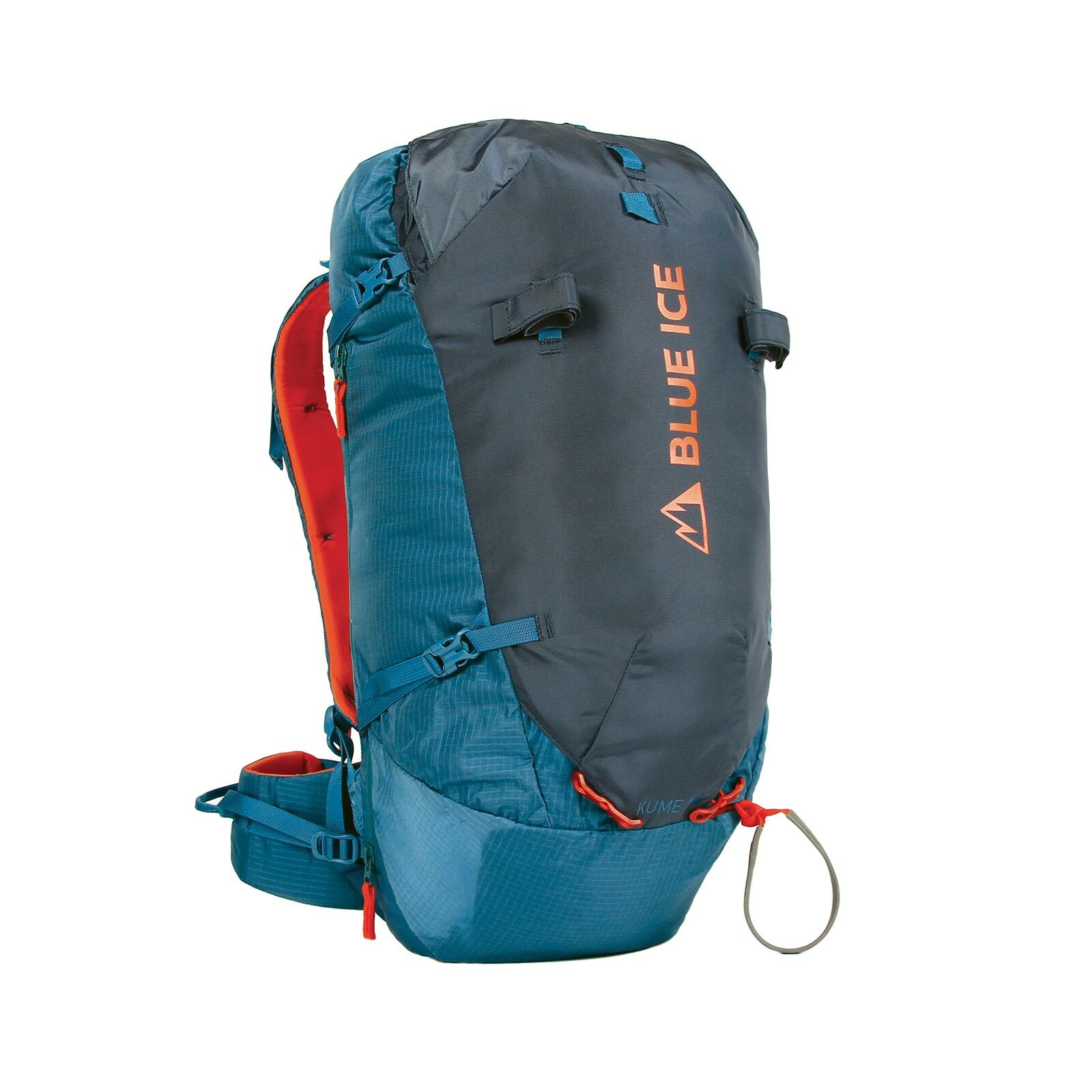 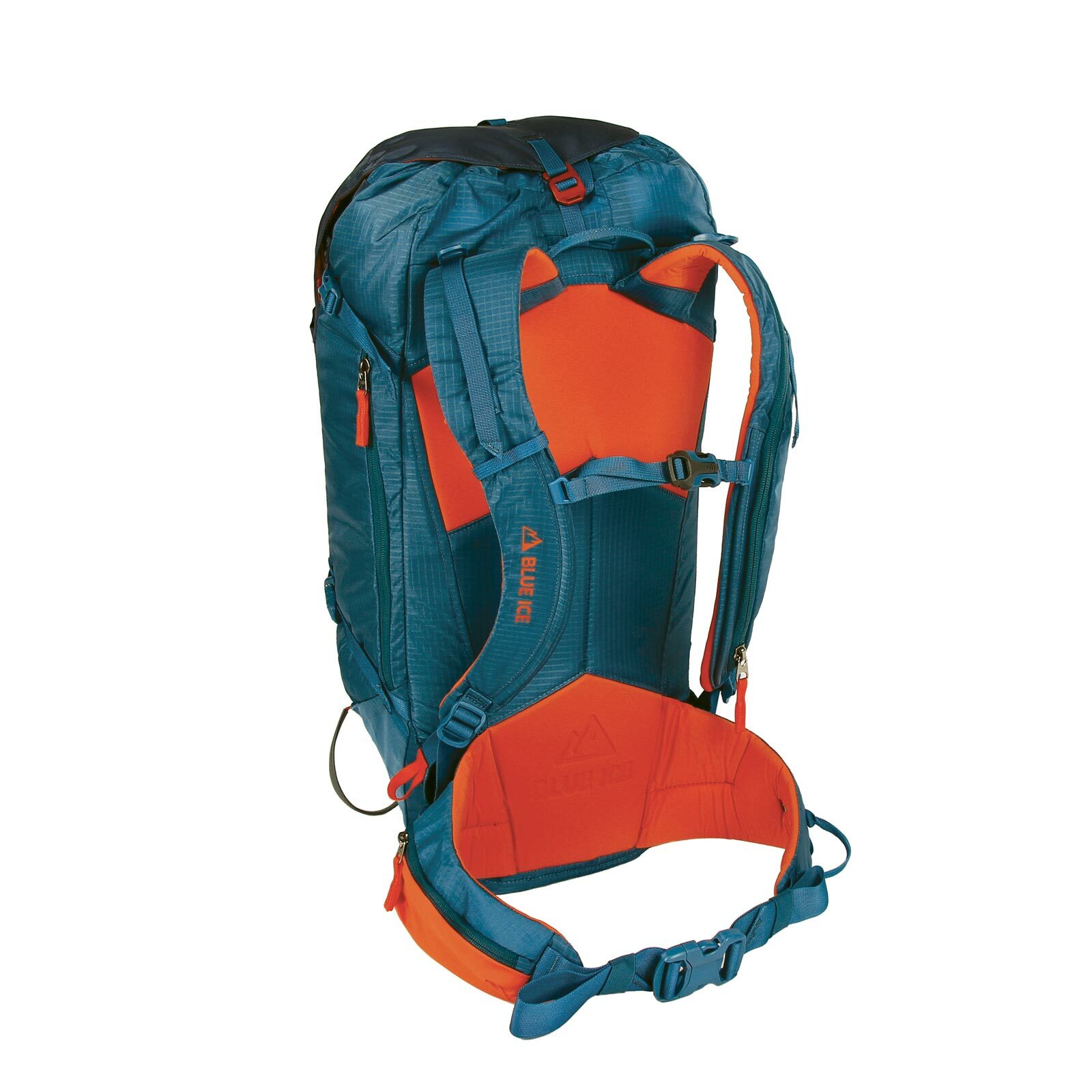 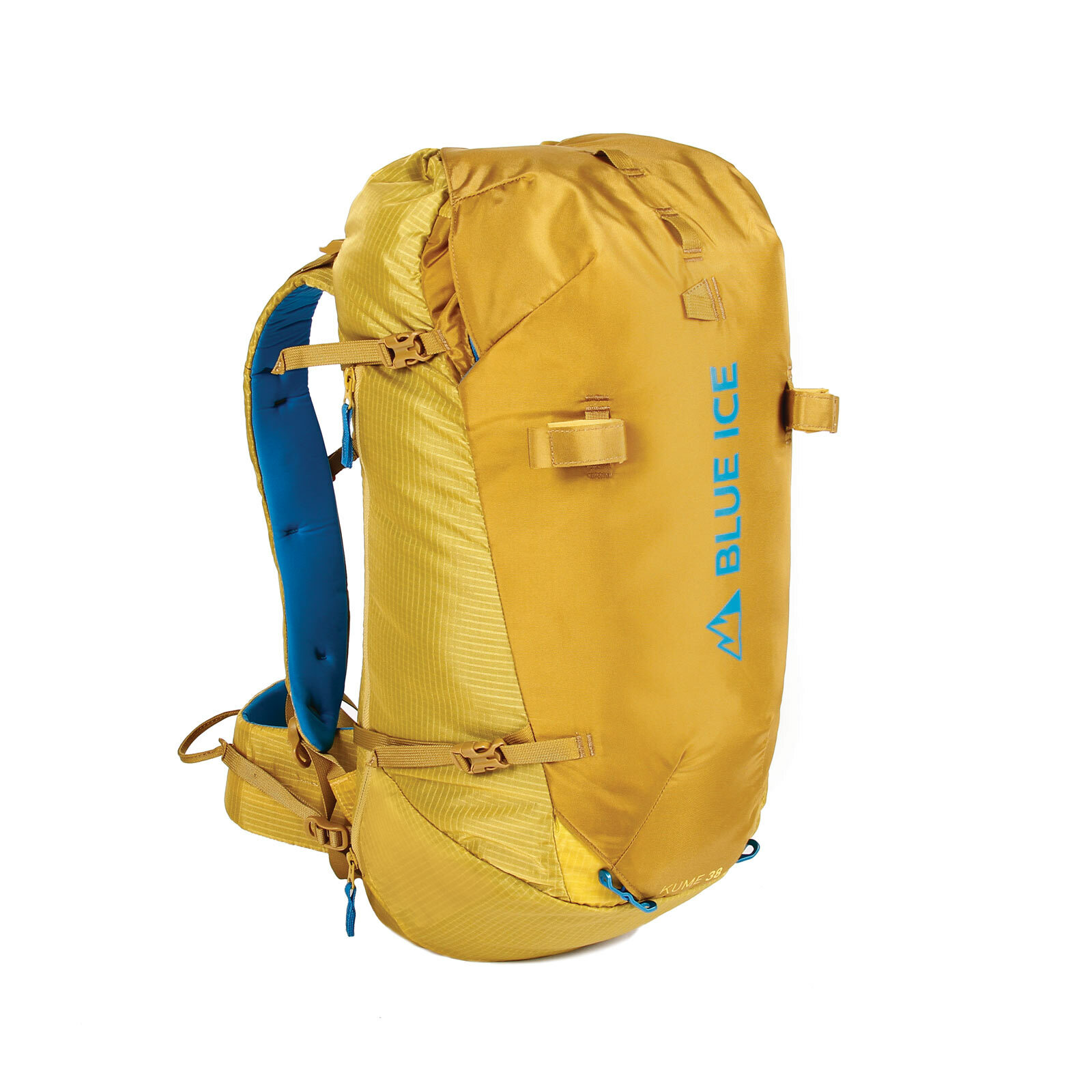 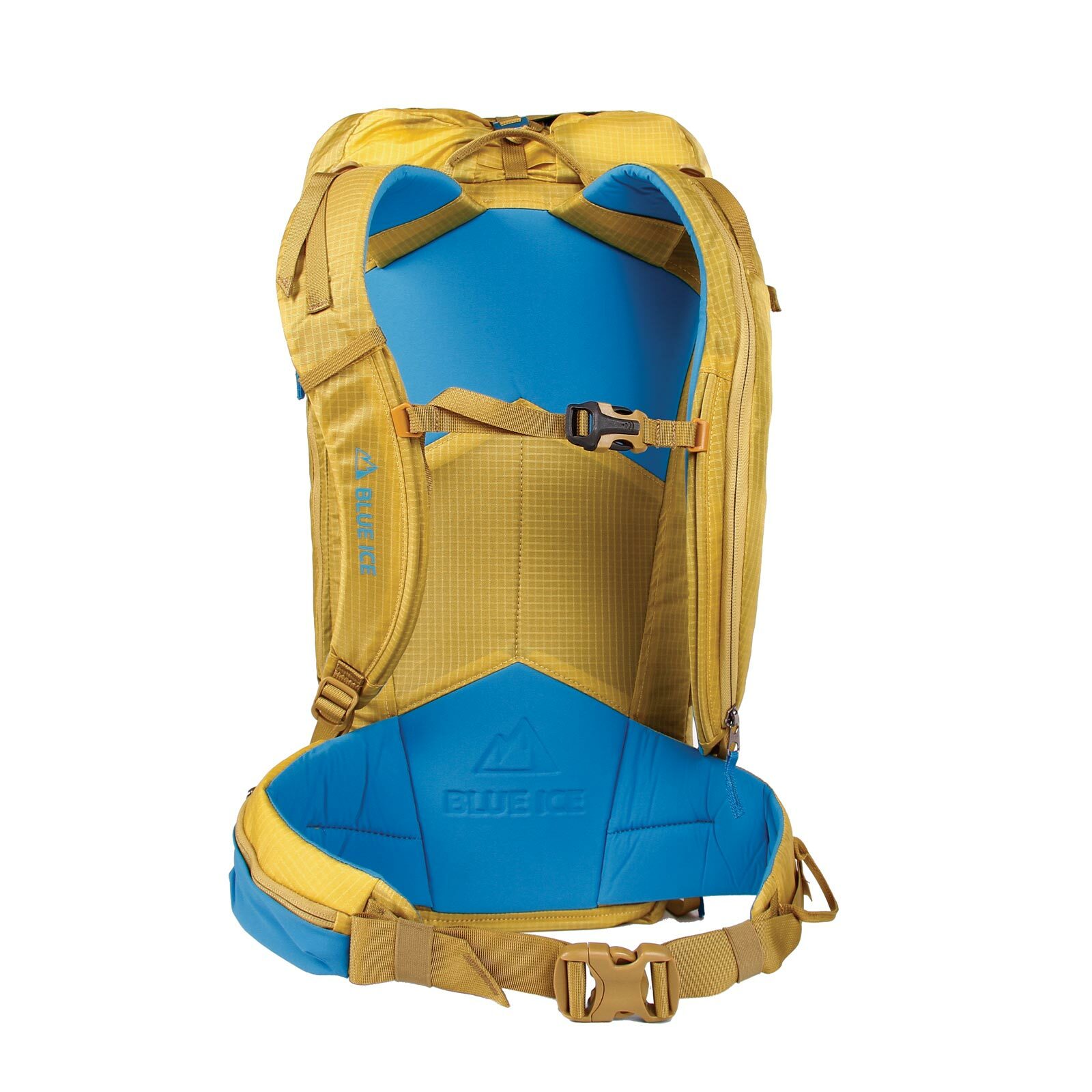 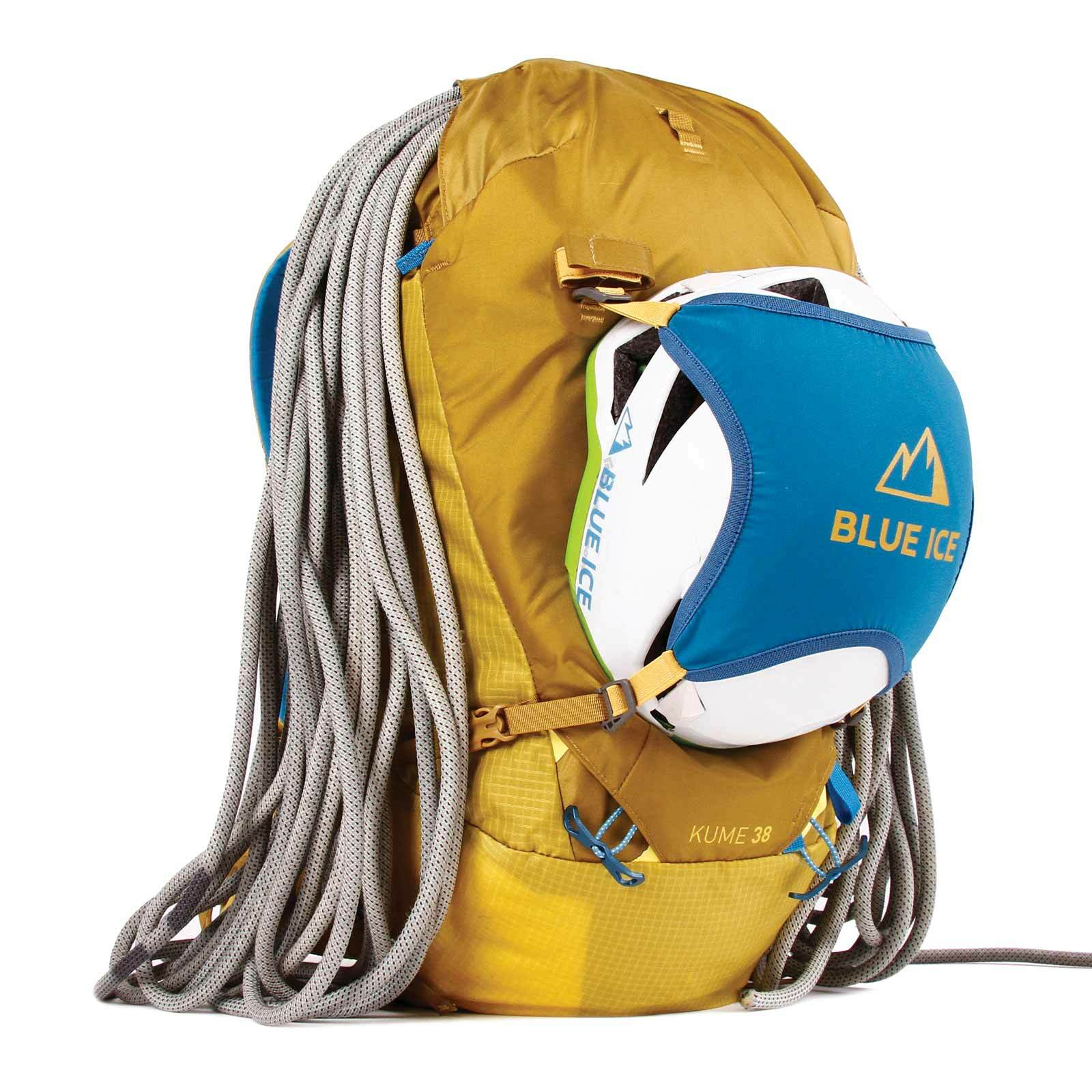 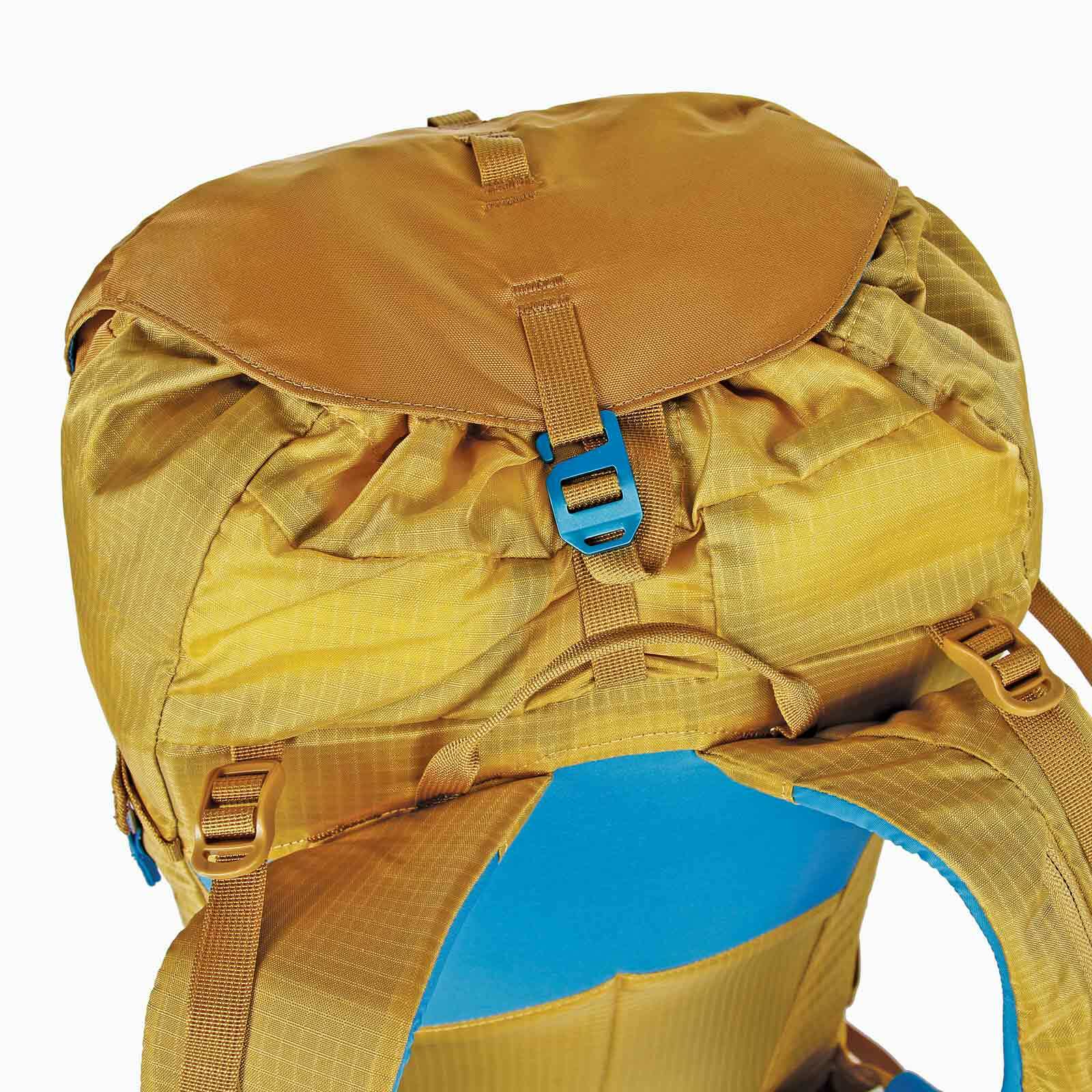 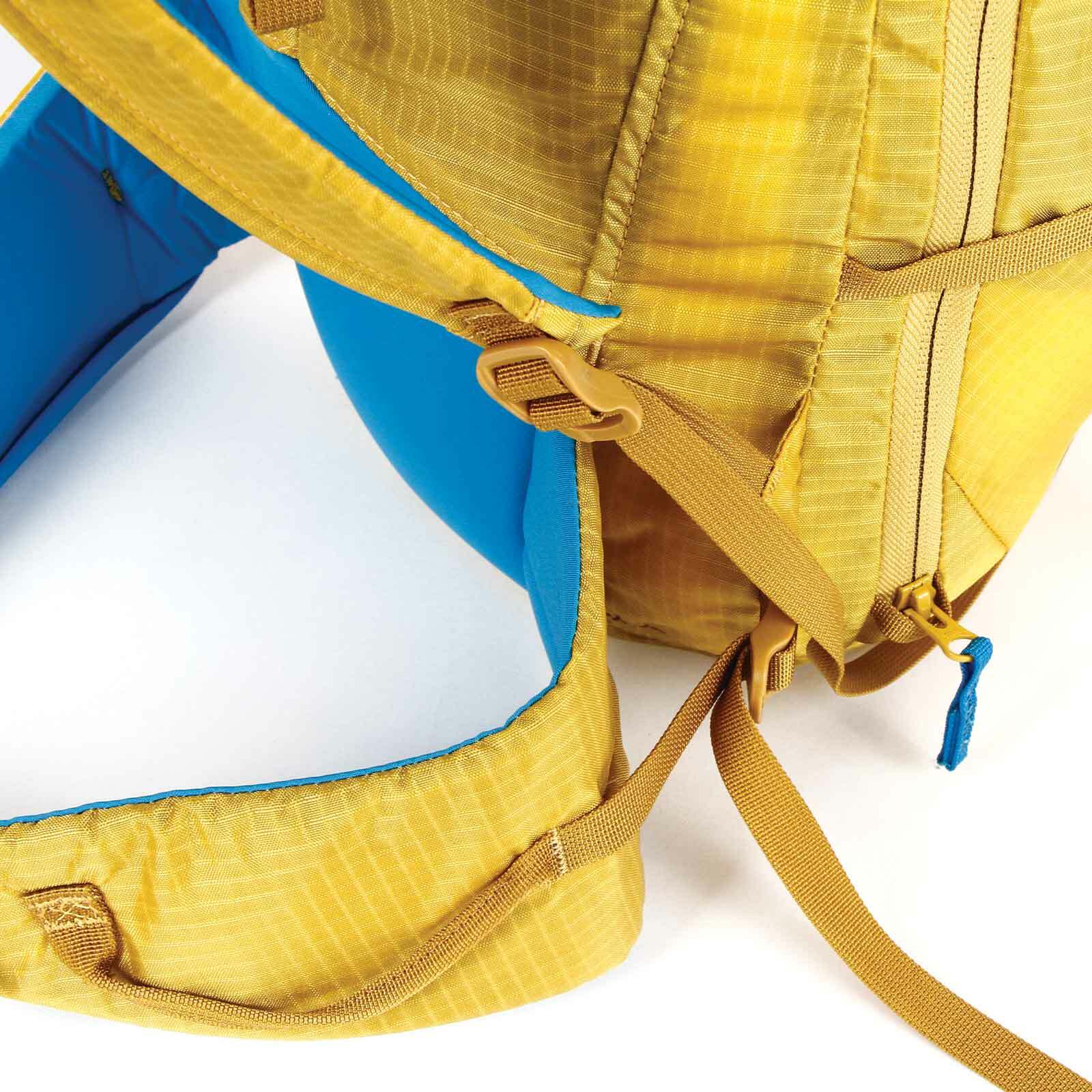 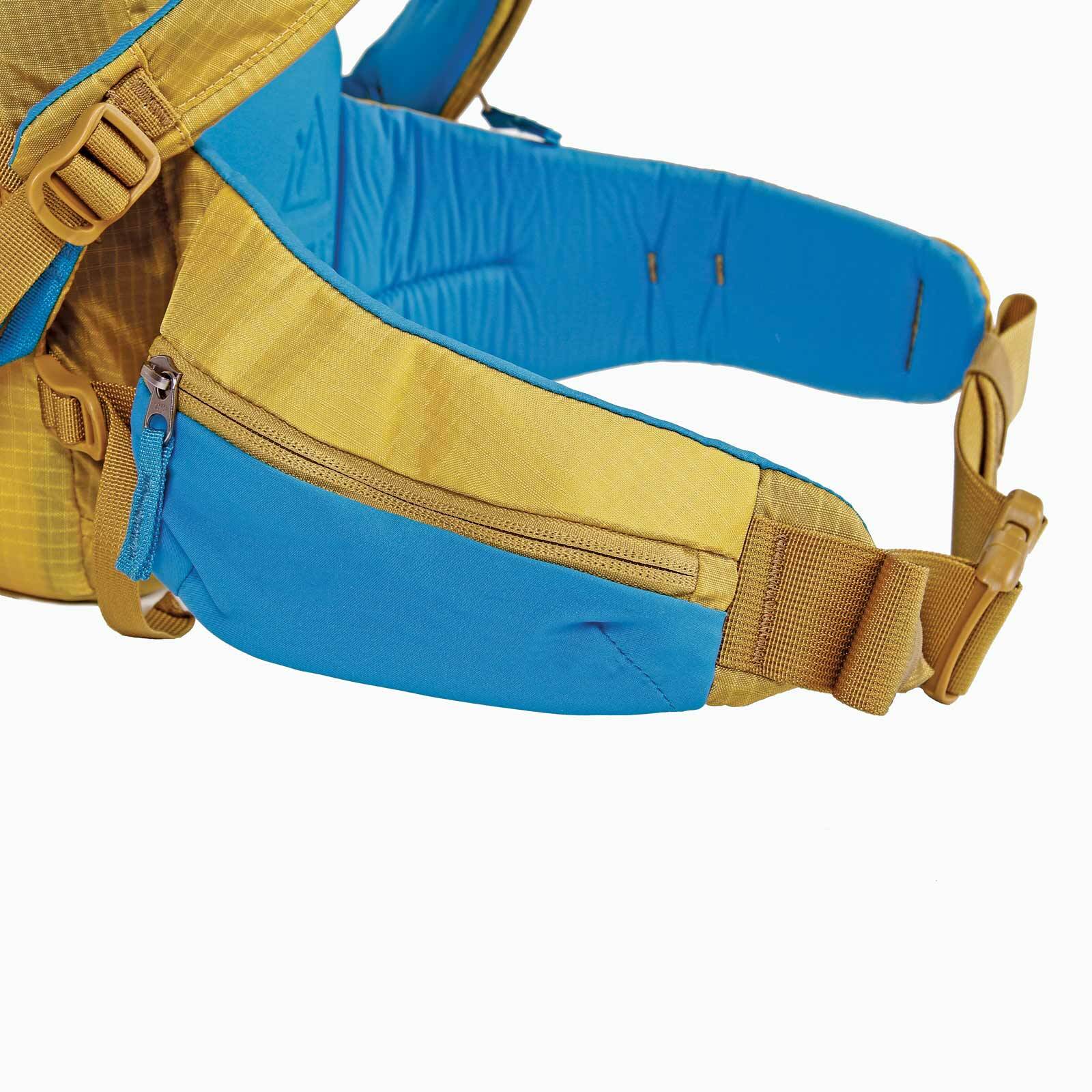 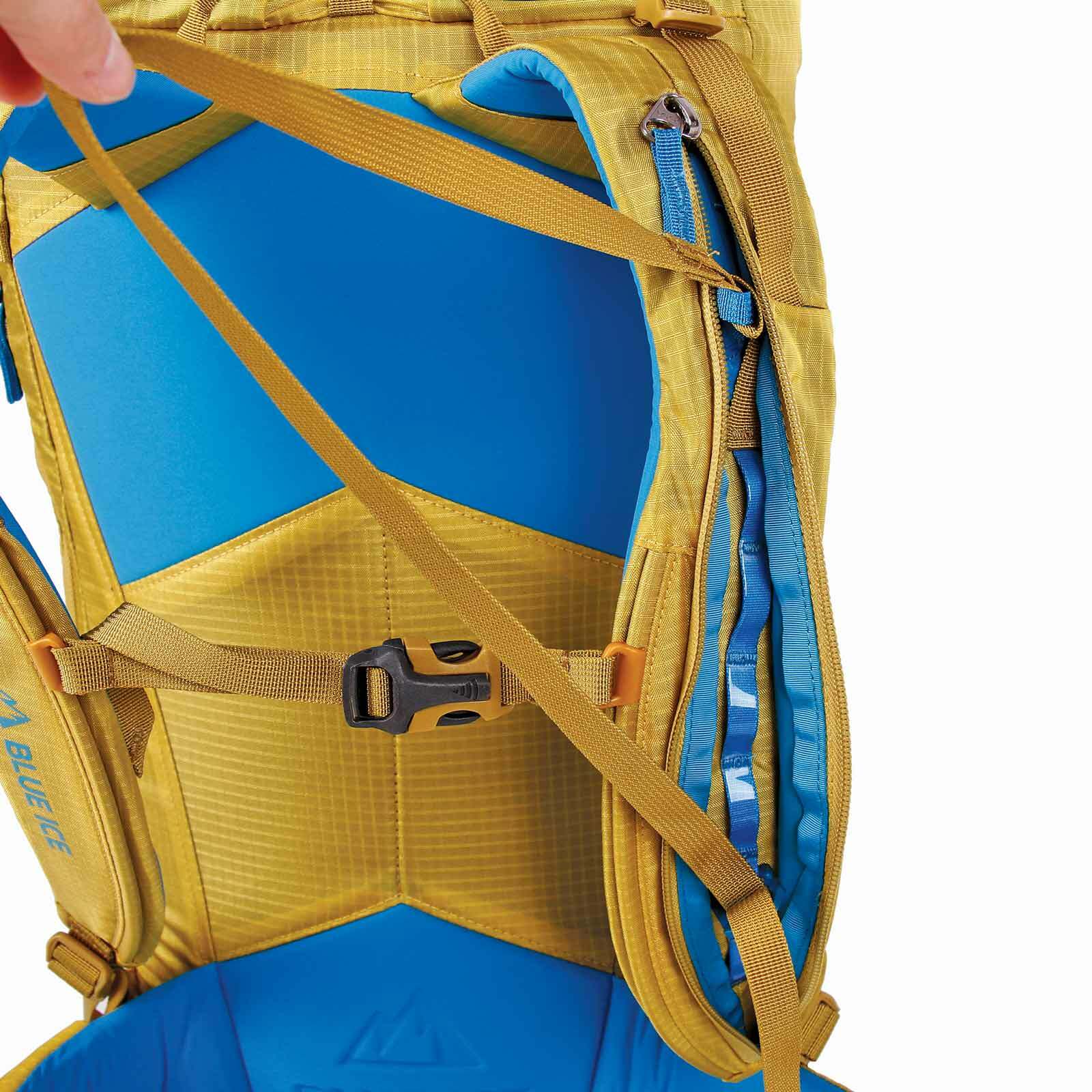 The Kume 38L, designed for ski touring, skimo and mountaineering, is a fully complete technical backpack and remains very light. It is functional and robust with substantial volume making it suitable for multi-day excursions. Its skiPro straps and suspension system are designed for winter conditions and make the load more comfortable to carry.

The back panel includes a removable metal stay for additional weight-savings. The design of the Kume allows the skis to be carried in an A Frame, side or diagonal setup depending on the terrain. A ''speed" option allows skis to be attached or detached without taking your backpack off. Equipped with a separate avalanche safety pocket, a helmet holder, axe holders and a separate compartment for fast roping, this backpack will be an essential companion for the steepest slopes.

I've had the Kume for about 2 years now and have taken it ski touring, ski mountaineering, alpine climbing, sport climbing, ice climbing, mountaineering and just all around hikes as well. I have always had just enough room to take everything essential and then of course the couple of luxury items that I prefer to have. The width of the backpack straps is a very big feature of this pack for me as I have had packs with smaller straps that dig right through my shoulders, so to have a pack that I can throw 30-40lbs in and the only reason why I know I'm carrying that is based off of how tired my legs get is a major plus. The only complaints I would have is that I like to have outside pockets for easy access to things like quick snack bars. A pocket located on the folding top lid would be a simple addition but appreciated. As for room for avy gear I have a black diamond evac 7 shovel and I always pucker a little when I shove it into the front of the back pack as it just fits. I have tried other shovel brands though with different heads and they fit no problem so not a flaw in design. If I was to buy a replacement pack I would stick with blue ice as I love their products but would possibly lean towards the new firecrest pack or the warthog if the shoulder straps were made larger as that is a large issue for a 40l pack. As a reference I am 6' 3" 210lbs with a 32 waist and the pack fits me fine, unlike other hip straps that stop short of being tight enough to serve a purpose this one is perfect.

This pack is awesome!

There are 2.5 problems that would turn this pack from a 3 to 5.
1. It's really not water proof. If it rains or snows hard, the nature of the top closure system means the stuff inside has a good chance of getting wet. That's because there's no top sack like most other packs, just a flap that closes towards your neck (when wearing it). Check it in a shop - it doesn't work well.
2. There's no top sack. When ski touring there's a load of things I want quick access to and I don't want them in the main bag. Sadly I didn't notice when I bought it - my bad. It would have been a deal breaker.
3. Their are other less important issues. The diagonal ski mountain is painful. Accessing rescue kit is hard when the pack is fully loaded.

Side access, love it but don't want to have to use it each time I pack my bag. Thermos pocket, really love it! Main bag compartment can be separated into an upper and lower compartment, love it. Balance and fit, comfortable. The external helmet attachment should have small carabiners so they stay attached when the helmet has been removed. After a lot of use, showing very little sign of wear.

I really want to love this bag as it has a number of user friendly features and it is well made. But each time I go to pack it I kind of grind my teeth because the top opening is so annoying.

I don't ski, but I do a little climbing and mountaineering and I was struggling to choose between the Osprey Mutant 38 L and the Blue Ice Kume 38 L. So, naturally, I bought both. I like them both but I think I like the Kume a little more than the Mutant for a number of reasons.

The Kume is not as stripped down and is a little more feature rich than the Mutant, so for general bombing around the snow (e.g. snowshoe trips, snow hiking, mountaineering/alpinism where you are not trying to go as stripped down and light as possible) I feel that I am able to organise my gear a little better in the Kume. For super stripped down mountaineering purposes the Osprey probably suits that function a little better, but I don't target that style of trip as often so I think the Kume is going to get a lot more use. I also like that the Kume does not have a brain. For smaller pack sizes I find the brain style of pack a little outdated and finnicky - I do see the purpose of brains for larger packs (e.g. 55 L and above) but for this size of pack and the style of day trip I use this style of pack for, the brain is too cumbersome and fiddly. Yes, you can always remove the brains but then the top of the pack isn't covered like the Kume is. I also like that the Kume has a dedicated avvy pocket, which the Mutant does not, so the Kume is more suitable for a greater variety of snow trips. On either side of the avvy pocket are also sleeves to insert shorter ski touring/skimo ice axes, which is a really neat feature for fast stowing (in addition to the conventional ice axe carry). I like that one hip belt has a zippered pocket, and the other has a gear loop - I think it makes the Kume a little more versatile. Inside the main compartment is also a zippered pocket, inside which a helmet carrier is included. I also like the collapsible false floor in the main compartment to segregate gear. The pack is also extremely comfortable and seems to carry weight well.

In terms of features I do not like as much firstly the fabric, although ripstop, is definitely nowhere near as thick as the Mutant. While this means that the Kume is a fair bit lighter than the Mutant, it also means I will most likely only really use the Kume in the snow and where it won't get battered as much. Whereas, I would be more likely to take the Osprey cragging and for a lot of summer uses. The face fabric of the Kume (where the Blue Ice logo is) is quite thick and feels quite sturdy, so possibly the bottom of the pack could be made with this material too without too much of a weight penalty, and I would feel better about the durability of the bottom of the pack. I think the zippered hip pocket is just a little tight, especially when the hip belt is cinched tight on my hips to carry weight, so I am not sure how much I will be able to squeeze in there. Additionally, while the ice axe sleeves are neat, they are only about 40 cm deep. I feel like anything longer than tiny skimo/touring axes will therefore be a little too long and awkward in the sleeves. For example I am relatively tall and use a 60 cm ice axe, so at least one third of the axe will be sticking out of the sleeve. If the sleeve could be constructed in such a way to have an opening at both ends, that would be a much move convenient and versatile holster, I believe.

Overall, I think the Kume is really fantastic in both its design and construction. I can see myself using the Blue Ice Kume much more (especially in colder/winter seasons) than the Osprey Mutant, though that pack has many merits too. The Kume edges out on top of the two as my favourite due to its versatility, the thought put into its design, and its comfort.

Free Shipping on all purchases of $100 or more

All our products are guaranteed for their lifespan.

We pay 1% of our revenues to environmental associations.